Somewhere over the Hydrogen Rainbow

Hydrogen is considered the fuel of the future, but should we be looking for a pot of gold instead? 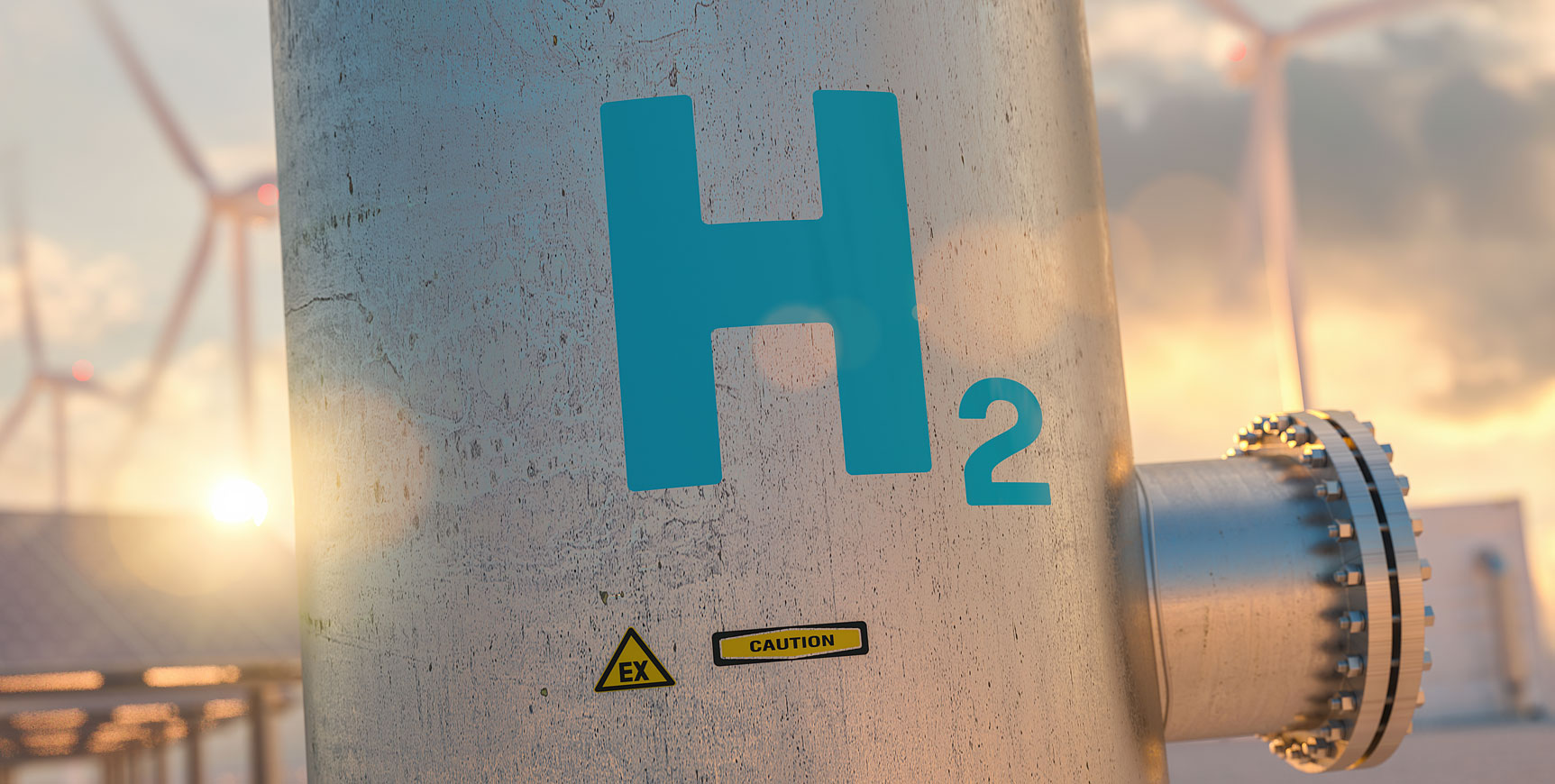 Hydrogen: a colourless, odourless gas which, when burned, produces water and heat energy. It’s commonly touted as the ‘Fuel of the Future’, replacing the dirty fossil fuels which powered us through the industrial revolution.

Hydrogen is most commonly found as part of a chemical compound, e.g., Methane (CH4) or other hydrocarbons, or Water (H2O). There are various methods of separating the hydrogen from its compound form, which can be described by using the Hydrogen Rainbow – spanning the colours ‘black’ or ‘grey’ hydrogen for methods which rely on fossil fuels and emit polluting greenhouse gases, to ‘pink’, ‘blue’ and ‘green’ hydrogen for methods with a minimally negative environmental impact.

When not part of a chemical compound, hydrogen exists as H2, and this form of hydrogen is continually produced by the Earth’s crust. Referred to as ‘white’ hydrogen (as well as other monikers such as natural, native, geological or golden hydrogen), it is often thought to be too rare or too difficult to extract for it to be a meaningful energy source.

However, relatively recent discoveries of white hydrogen trapped underground in high concentrations have drawn attention in the energy industry.

For example, in 2012, the Canadian company Hydroma discovered an underground reservoir of H2 that was 98% pure while drilling 100m-deep water wells in Mali. The source appears to be renewable: reservoir pressure has been maintained over a nine-year period, during which time the hydrogen gas has been used to produce electricity in the nearby village of Bourakébougou.

It’s not yet known how many of these hydrogen reservoirs may exist worldwide, but given one exists already, then statistically it’s likely that many more do. Geologists are now learning more about the geology and processes which may have led to the Mali discovery, and are exploring similar geologies in other locations.

In 2012, the Canadian company Hydroma discovered an underground reservoir of H2 that was 98% pure while drilling 100m-deep water wells in Mali.

This, of course, could be a hugely exciting prospect for the hydrogen economy as a whole – perhaps these hydrogen reserves could be as numerous and rich as oil and gas reserves, and that many countries around the world could be sitting on huge stores of this Fuel of the Future.

Such a discovery could flip the world economy on a massive scale, and at seemingly negligible cost. We have all been hearing about how green hydrogen is going to be the answer to our environmental problems, so if we can source white hydrogen from the ground, then surely this is the golden bullet.

Perhaps this level of initial excitement is similar to the excitement which was felt by the pioneers who first realised the potential of the petroleum reserves hidden under our feet. But when natural gas and oil production really accelerated, did anyone stop to think what the knock-on effects of this exploitation would be?

A warning to the curious

History provides a cautionary tale: oil spills, pipeline explosions, methane leaking into groundwater and, of course, the most catastrophic of all, the global warming caused by our unconstrained use of these commodities.

In the excitement which led to the rapid adoption of fossil fuels, these types of catastrophic events were not intended, nor were they predicted, but they could have been minimised or perhaps prevented with more considered foresight.

There is so much about white hydrogen that we don’t yet understand. What processes have led to this hydrogen being produced underground? How does the presence of hydrogen in these locations contribute to the stability of the local geology, biodiversity, and more? And if we suddenly start venting hydrogen gas into our atmosphere, how might it affect the underground geological stability and groundwater systems, and the already delicately balanced above-ground environment in which we live?

Depending on the geological setting, natural hydrogen can react differently. For example, in oceanic crust compression zones, natural hydrogen often reacts immediately with CO2 in the atmosphere and precipitates as a carbonate – effectively a natural carbon capture process.

Hydrogen has also been observed in non-negligible volumes in ‘fairy circles’ – natural depressions which are roughly circular and clearly visible on satellite imagery. It is presumed that the hydrogen gas is seeping through the surface rock, creating the depression and killing off the vegetation.

Before we get too carried away with drilling for white hydrogen, we would be wise to first reflect on history and ask ourselves what the unintended consequences could be if we were to vent the earth of yet another of her natural resources. If we can satisfy ourselves that natural hydrogen reservoirs can be safely and sustainably exploited, then perhaps there’s a pot of gold at the end of the rainbow after all.